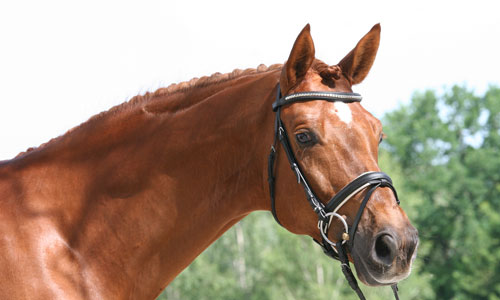 Frozen Semen is available on request! 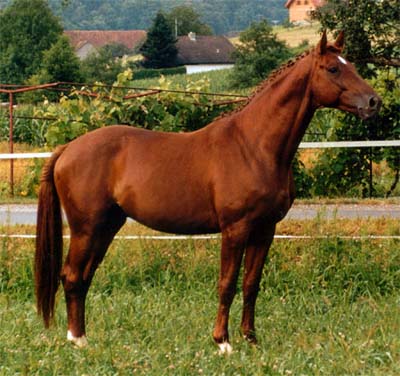 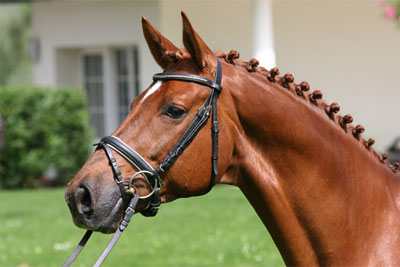 This video shows Tassilo W at his performance test (HLP) in 2004: 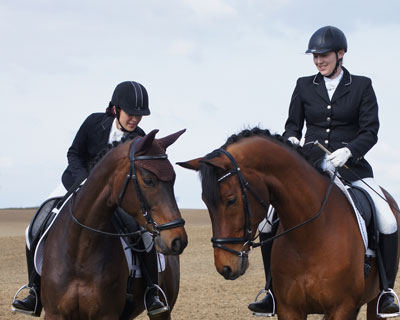 His offspring all show very good movements. They have correct feet, very good neck and topline as well as talent for dressage as well as jumping. So far bay and brown dams have only foaled dark foals (no chestnut yet). Goes well with thoroughbred mares and also Donnerhall-Weltmeyer-Rubistein bloodlines.

Its been almost 8 years since we last saw him. Only pictures and news from his proud owner Simone Wimmer kept us up to date. Now, in May 2017, we had the chance to visit him and what can I say: we were overwhelmed by his looks as well as his character. Traunstein W aka Muckl. A beautiful gelding, very tall (more than 170 cm) and with enormous charisma. Herz ist Trumpf's brother is already working at medium and advanced level dressage. 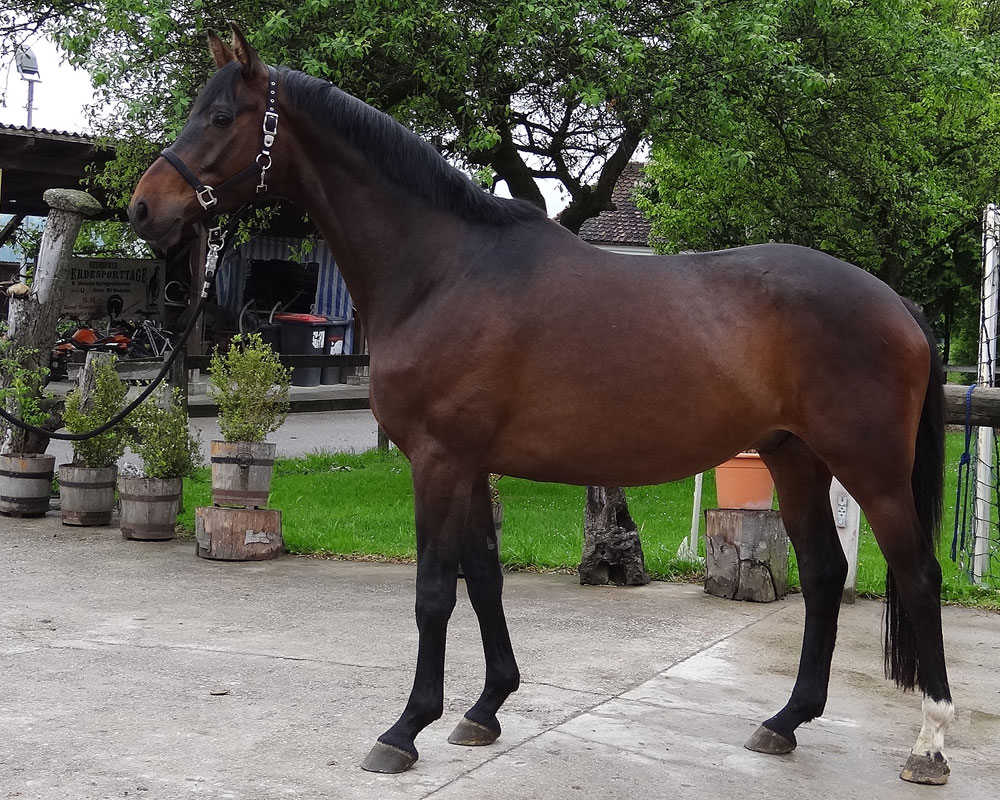 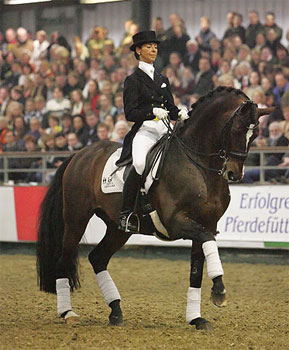 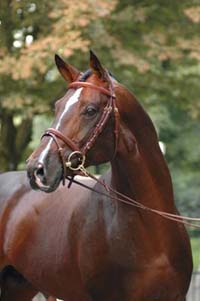 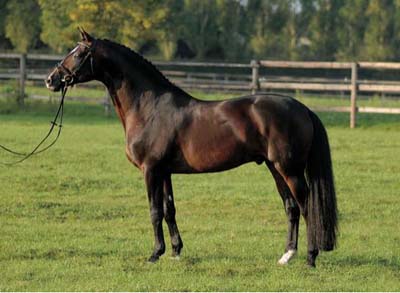 1997 was a special year for the Neumuenster licencing. The anniversary had a champion more than worthy to the occasion. Lars Gehrmann said: "Wonderfully built model of a stallion in perfect match of race and gender type with elegant lines of his well-musceled body. Very good lenght of rein, shoulder and back as well as croup. Good rythm of movements, relaxed and always in balance."

Muenchhausen justified the faith that was put into him and fullfilled the hopes that are with the champion of each year. He won the dressage part of his performance test with 150 points, having scored 10s four times. His jumping was average which made him overall 4th.

At the age of 4 Muenchhausen was Trakehner Champion at the German "Bundesturnier" in Cologne in 1999, at the German Championships for Young Horses (Bundeschampionat) he came third. In 2001 he competed at the World Championships for Young Dressage Horses and ended up Vice Champion. Under the saddle of his long-time trainer Fie Skarsoe he was competing at Advanced Level and finally Grand Prix in no time. He was awarded the TSF mark. Ridden by Andrea Landy-Silling Muenchhausen scored for the world ranking for dressage, won in Zwolle and Saumur. Alltogether he won 13 dressage tests at advanced level.

2005 the Trakehner Verband awarded him the "Elite" title for his achievements in sports and breeding.

Tiffany W - bred by the Gunia family at Uslar/Germany - went to Austria as a filly. She was a classical Trakehner mare with elastic, light and springy movements, carried through her body. She was talented in both dressage and jumping and passed these talents on to her offspring. Her sire Timber competed in show jumping and her dam Traversale was trained to Intermediaire I level in dressage.